Loved my first one so much that I had to get a junior for my kid (maybe it was a little for me too) but both are awesome!

This is my second. Great workmanship and excellent customer service. Very good company to work with.

This is my second Aurora Plasma Globe. I gave the first one away as a gift, and needed to buy a replacement. Both have been amazing. Thanks guys.

All I can say
feel like a kid in candy store
with my " genesis junior pro" plasma globe
love it!!!!

I had purchased the Tyrian purple last year and I loved it. Wanted to add to the collection. The Genesis is amazing.. perfect add. You will not be disappointed..

Bought this globe for my kids, they love it

I wanted to buy the museum sized “Promethean Fire Series II”, but when I went to order, my card declined😥 I then decided that I needed to get a globe, weather it was small or large. I did not want to buy any of the other trash out their on the market, and I only trusted your quality. It payed off, and I got a globe so stunning and beautiful, with so much action, but still, it feels so graceful. At first when I opened it I though I had ordered the museum size, it looks way bigger in person than on the video which was a very pleasant surprise!. It is a PERFEECT size to have on a desk or bedside table. Great packaging and protection.

Overall, I am addicted to these things now! I would love to get a full collection at some point! 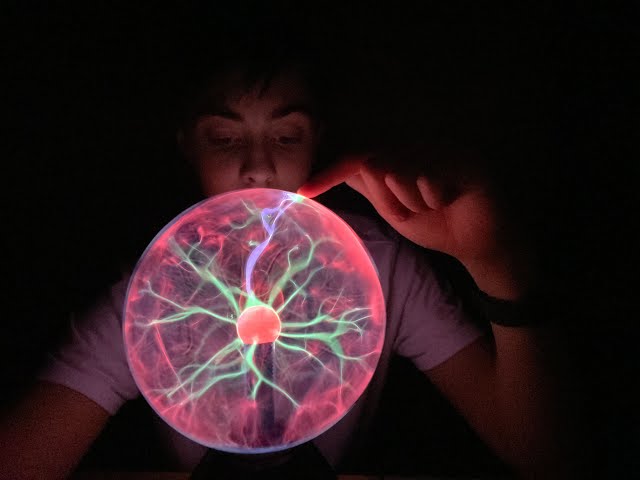 
A final note: although we recommend only running your globe while you are around to enjoy it, we have been running several samples of our Junior globes 24/7 for a few months now to prove their longevity, and will continue to run them. Your “Junior Series” globe comes with a limited 90 day warranty exchange period for any globe that fails under normal household usage.